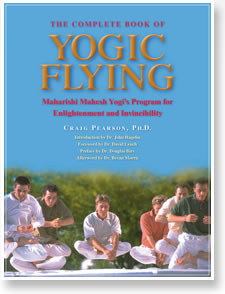 
Beschreibung (englisch):
Dr. Craig Pearson‘s highly-anticipated book explains tells the complete story of Yogic Flying - what it is, how it works, what Yogic Flyers experience. It describes how Yogic Flying develops total brain functioning and higher states of consciousness and how it promotes health, success, and fulfillment. It presents the inside stories and the scientific research on the many Yogic Flying assemblies over the past 30 years that helped end the Cold War, create coherence and harmony all over the globe, and bring the world to the threshold of peace. And it shows how flying through the air is a natural human ability that has been documented in traditions worldwide.


A View into the BIG-BOOK:
A 684-page, full-color hardcover volume with hundreds of photographs, the book presents a full picture of Maharishi‘s technologies of consciousness, the Transcendental Meditation® and TM-Sidhi® programs, including Yogic Flying®.

The book describes in detail how these techniques create greater integration in brain functioning and benefit all areas of life. „

Each page is graphically engaging, and the book is full of quotations by Maharishi, experiences of people who practice Yogic Flying, and hundreds of striking pictures of people up in the air,“ Dr. Pearson said.

The book presents the inside stories and scientific research on the great Yogic Flying assemblies over the years - Maharishi‘s World Peace Project, the Taste of Utopia Assembly, the International Peace Project in Israel, the National Demonstration Project in Washington, D.C., and many more around the world - and how they helped end the Cold War, create coherence all over the globe, and bring the world to the threshold of peace.Maharishi launched his World Peace Project in 1978, at a time when wars raged in many areas - Central America, Southern Africa, the Middle East and Iran, and Southeast Asia - and tension was rising between the U.S. and the Soviet Union.

More than 1,400 young men were flown into different countries in these trouble spots. „They didn‘t meet with political or military leaders,“ the chapter on this project recounts. „They spoke with almost no one. They simply checked into hotels and, twice each day, practiced Yogic Flying.“

Almost overnight, the negativity and violence in these most troubled areas of the world were calmed and an ancient technology for creating and maintaining peace received dramatic confirmation and scientific verification.

The book also has chapters explaining consciousness and the unified field, the physics of flying, the Maharishi Effect, higher states of consciousness, the discovery of Veda and Vedic Literature in human physiology, and more.“Writing this book took my appreciation for Maharishi and his technologies for enlightenment and invincibility to an even higher level,“ Dr. Pearson says. „And it renewed my appreciation for the extraordinary people who have been carrying out Maharishi‘s plans all these years and have helped transform our world.“All profits from The Complete Book of Yogic Flying go to support peace-creating groups of Yogic Flying Vedic Pandits.

®Transcendental Meditation, TM-Sidhi, Yogic Flying, and Maharishi University of Management are registered or common law trademarks licensed to Maharishi Vedic Education Development Corporation and used under sublicense or with permission. 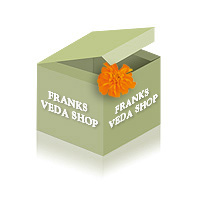